Jimmy D. Clark, of Greensboro, was appointed by the NC General Assembly in 2020 to serve on the Board of Governors of the University of North Carolina System. His term will end in 2021.

Clark is the owner and president of Guy M. Turner, Inc., one of the largest privately owned crane, rigging, and heavy/specialized transportation companies in North America. As a professional engineer, Clark has helped transform the business into a large, diversified company with more than 12 locations, helping it become the leader in the handling and moving of the heaviest equipment and machinery in the rigging, millwright, mechanical erection, crane services, and heavy specialized transportation fields.

A longtime supporter of the NC State University College of Engineering, Clark established the Jimmy D. Clark Distinguished Professorship in the Department of Civil, Construction, and Environmental Engineering. Clark and his wife, Vickie, are also supporters of the College of Engineering's Leadership Fund and Dean's Circle, the NC State Alumni Association's Caldwell Scholarship program, and the Chancellor's Residence. They both served as co-chairs of the university's Think and Do the Extraordinary endowment campaign, which recently met its $1.6 billion goal.

He is the 2012 recipient of the NC State College of Engineering Distinguished Engineering Alumnus award and was awarded the prestigious North Carolina Outstanding Engineer of the Year by the North
Carolina Society of Engineers in 2016.

Clark resides in Greensboro, NC, and is an active member of the Greensboro community as well, supporting the Family Services of Greensboro and of the Piedmont and the Children's Home Society of North Carolina, among other organizations.

He earned a BS in civil engineering from North Carolina State University and is a registered Professional Engineer.

He and his wife have two sons - Lynn and Christopher. 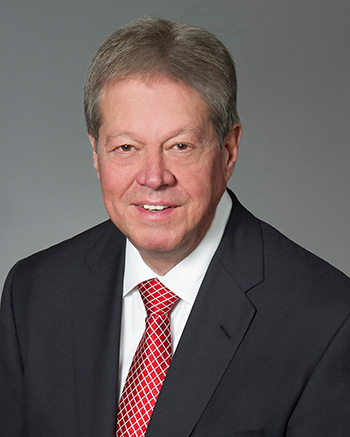