Dwight D. Stone, of Greensboro, NC, was appointed by the North Carolina General Assembly in November 2019 to serve on the Board of Governors of the University of North Carolina System. His term will end in 2021.

Stone is the vice chair of the Committee on Public Affairs and serves on the Personnel and Tenure Committee.

A native of Dunn, NC, and a first-generation college student, Stone credits his family and his college experience for providing him with the building blocks for service and leadership. Being able to serve the state, he says, is both an honor and privilege, and he sees it as an opportunity to make a difference in the lives of North Carolinians.

Stone is the current chairman of D. Stone Builders, Inc. Stone's grandfather, a local farmer in Eastern North Carolina, started a construction company to bring in extra money during the off season. Stone, who began his career in the banking industry directly after graduating college, would later join the family business. He opened a custom-home construction and land development business in Greensboro, which has served the Triad since 1982.

He joined the Board of Governors after serving as a member and former chair of the UNC-Chapel Hill Board of Trustees for over six years. Under his leadership, Stone navigated the university through challenging issues, which earned him the respect and admiration from university and state leaders.

As a new board member, he wants to support opportunities to promote affordability and accessibility, as well as focus on advancing programs that ready students for the workforce upon graduation. As a leader, he believes the way to move a community forward is to have a servant attitude, allow everyone's voice to be heard, and leave a place better than you found it.

Stone received a bachelor's degree from UNC-Chapel Hill in 1973.

He is married to Diane Perrou Stone and has three children, who are all graduates of UNC-Chapel Hill.

His advice to today's college student:

"Don't be afraid to fail. Step out of your comfort zone and be uncomfortable. You will learn more about yourself in those situations that you can imagine. Some of the most successful people of our times have often experienced failure. Strive for excellence in all you do. There may be others who have had more opportunities than you, but no one should ever out work you. It may be the one aspect of your life that you have complete control over. Learn and move forward. Look out the windshield and not the rear view mirror" 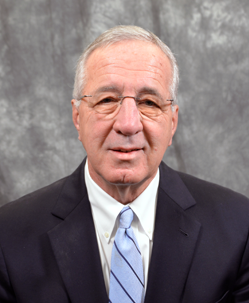