Temple Sloan, of Raleigh, NC, was appointed by the North Carolina General Assembly in 2015 and reappointed in 2019 to serve on the Board of Governors of the University of North Carolina System. His term will end in 2023.

Sloan serves as chair of the Committee on Educational Planning, Policies and Programs and as member of the Committee on Public Affairs. Sloan's career as an executive of a large corporation has given him both insight and the opportunity to give back to the state and serve the citizens of North Carolina. In his role, he supports the efforts to increase access and affordability and strives every day to make an impact on higher education.

He is currently a director of Golden Corral Corporation. He is the former president and chief executive officer of General Parts International, which had been the largest privately-owned auto parts supplier in the country until its acquisition by Advance Auto Parts, Inc.

Sloan earned his bachelor's degree in political science from the University of Wyoming. He and his wife Joy have five children.

"Get your degree as quickly as possible and become a productive, contributing member of society." 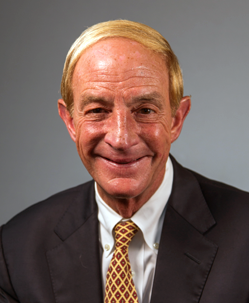