Sartarelli Named Chancellor of the University of North Carolina at Wilmington 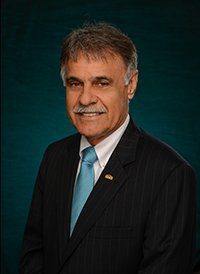 Jose V. “Zito” Sartarelli, Ph.D., a former pharmaceutical executive who now serves as chief global officer and dean of the College of Business and Economics at West Virginia University, has been elected chancellor of the University of North Carolina at Wilmington by the Board of Governors of the 17-campus University of North Carolina. UNC President Tom Ross placed Sartarelli’s name in nomination today (April 10) during the board’s regular April meeting, held on the campus of East Carolina University in Greenville.  Sartarelli, 65, will assume his new duties July 1, succeeding Interim Chancellor William A. Sederburg, who has led the institution since Gary Miller stepped down last summer to become president of the University of Wisconsin-Green Bay. 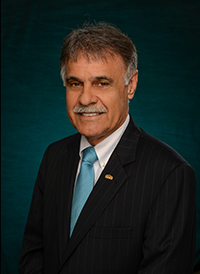 In recommending Sartarelli to the Board of Governors, Ross said: “Zito Sartarelli brings to the role of chancellor a rare combination of corporate and academic leadership experience, strategic thinking, and a truly global perspective. In senior positions with major international companies and as an academic administrator, he has proven himself to be resourceful, collaborative leader who raises the bar, expects nothing short of excellence, and leads by example.  He also has earned a reputation for great integrity, sound judgment, and a strong commitment to student success and community engagement.  I am convinced that Zito Sartarelli has the expertise, skills, experience and vision needed to be a truly great chancellor for UNC Wilmington.”

Located in Morgantown, WV, West Virginia University is a public land-grant research institution that enrolls roughly 32,000 students from every U.S. state and more than 110 other countries.  Its 15 colleges and schools offer more than 190 undergraduate, graduate and professional programs in fields including agriculture, natural resources, the arts and sciences, business and economics, education, engineering, journalism, law, public health, and medicine, nursing, and pharmacy.

Sartarelli has been the Milan Puskar Dean of the College of Business and Economics at WVU since 2010 and was named the university’s first chief global officer in 2013. As dean, he leads a college that enrolls more than 2,700 students and has been ranked by Businessweek as one of the top 100 undergraduate business programs in the country. Sartarelli is credited with improving the academic profile of the college’s students, faculty and staff, while setting all-time records in enrollment and fundraising. Under his watch, the college has partnered with other WVU units to create six joint degree programs; launched a Ph.D. program in business administration and a fully online executive master of business administration (EMBA); established three new centers; and expanded its community, state and global engagement.  In its rankings of online MBA programs, U.S. News & World Report ranks the EMBA 25th nationally.

As WVU’s chief global officer, Sartarelli is charged with expanding the university’s global footprint. In that role, he has strategically focused international recruiting efforts and achieved double-digit increases in international undergraduate applications. Under this leadership, WVU also has forged new partnerships and signed student exchange agreements with top universities and colleges in Germany, China, Israel, and Brazil, among others.

Before transitioning into higher education, Sartarelli spent three decades in marketing and management for the international pharmaceutical industry.  He began his career with Eli Lilly and Co. (1980-1997), where he held senior positions with increasing levels of responsibility for company operations in the United States, Latin America, and Asia-Pacific.  Over the course of his tenure with Lilly, he managed pharmaceutical operations in Brazil and Chile, directed international market planning activities, and oversaw Asia-Pacific operations, based in Singapore.

From 2001-2010, Sartarelli worked for Johnson & Johnson as pharmaceutical group chairman for Asia-Pacific, Japan and Latin America.  In that role, he oversaw a business with $3 billion in annual sales and more than 9,000 employees spread over more than 50 countries.  Upon leaving the company in 2010, he became dean at WVU.

Sartarelli is a former board member of the Council of the Americas. In addition, he has held leadership positions in professional organizations in numerous countries and is a past chair of the Pharmaceutical Research and Manufacturers of America International Steering Committee. He currently serves on the board of the West Virginia United Health System and sits on its Finance Committee.

Sartarelli and his wife, Katherine Ann “Kathy” Sartarelli, met as graduate students at Michigan State, where she earned a master’s degree in biophysics. She has been an active volunteer in civic and community organizations.