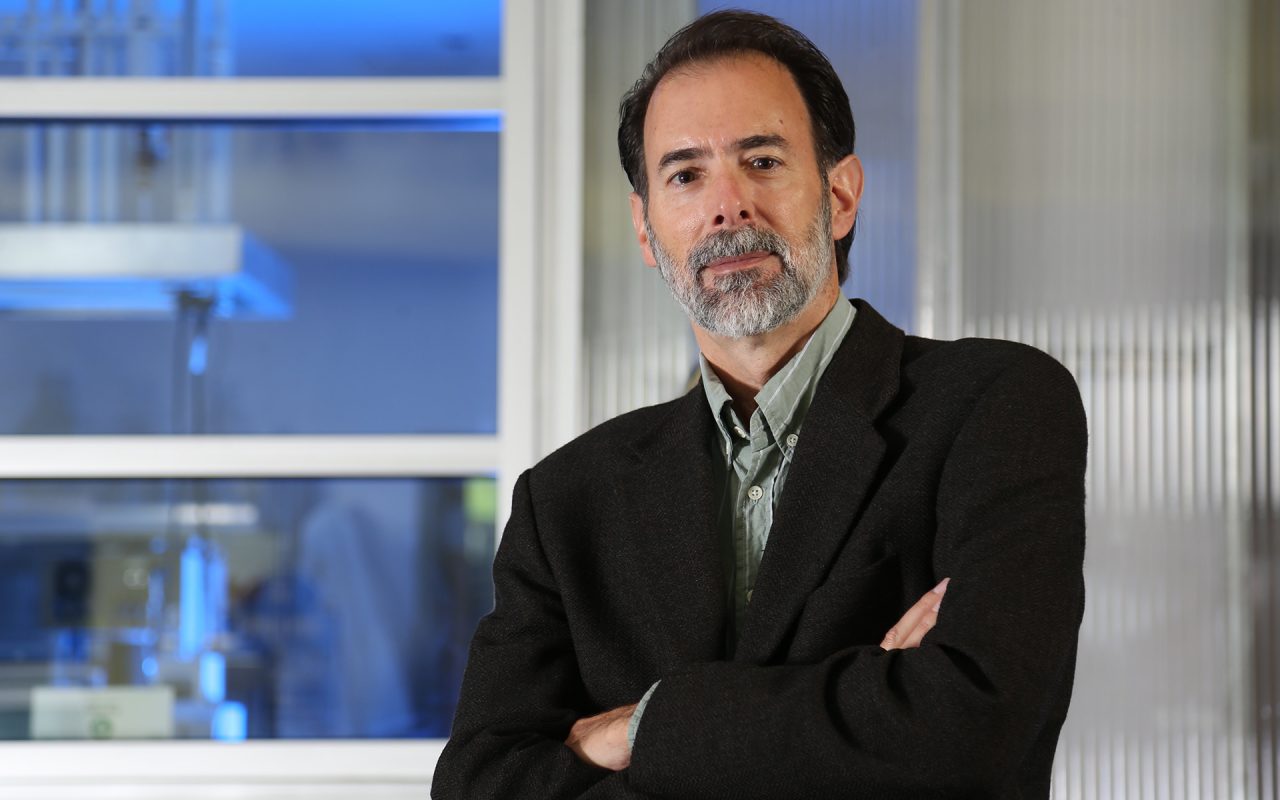 The University of North Carolina at Pembroke has been awarded the first patent in the university’s history for a method to treat Alzheimer’s and traumatic brain injury patients.

The patent resulted from the work of Dr. Ben Bahr, William C. Friday Chair and Distinguished Professor, and his team at the UNCP Biotechnology Center. Recognized as one of the world’s leading experts on neurodegenerative diseases, Professor Bahr is listed as inventor on the patent.

“This patent is yet another milestone that recognizes the cutting-edge research Dr. Bahr is conducting in his laboratory on these diseases that rob us of our very essence of who we are as people,” said Chancellor Robin Gary Cummings. “This is transformative research with far reaching implications for the future relief of human suffering. UNCP is so proud to boast Dr. Bahr among its faculty.”

Bahr previously discovered a compound that was shown to clear accumulations of protein material in the brain that cause memory loss and contribute to Alzheimer’s disease.

“The patent covers previous compounds, new derivatives, and unique combinations that tap into the rapidly growing field of natural products for brain health. We are probably the first to show how you can combine them to be able to treat diseases such as Alzheimer’s, Huntington’s disease and ALS,” said Bahr, professor of Molecular Biology and Biochemistry. “And very importantly, the U.S. Patent Office allowed us to include the treatment of mild cognitive impairment. The MCI disorder, which we tested in animal models, is often considered pre-Alzheimer’s disease and where you really want to start treating early dementia symptoms before Alzheimer’s disease slowly becomes established in the brain.”

It is Bahr’s hope UNCP’s landmark patent will get the attention of pharmaceutical companies with regard to his efforts to slow and even reverse the progression of Alzheimer’s disease which affects nearly 6 million Americans. The research is also the focus of a Ph.D. project by Michael Almeida in Bahr’s lab.

The new patent–US 10,702,571–covers traumatic brain injuries since these types of injuries accumulate similar toxic protein deposits as Alzheimer’s. Bahr’s research has led him to identify a unique class of cathepsin B-enhancing compounds, cathepsin B being an enzyme that can degrade and clear the nerve-damaging deposits found in both Alzheimer’s and TBI.

“As it turns out, both football players and military individuals too often develop chronic traumatic encephalopathy (CTE) and that has the telltale images of the kind of protein deposits that occur in Alzheimer’s disease.”

The patent also includes compounds from patents awarded to Bahr and another medicinal chemistry professor, Dr. Dennis Wright, while he was on the faculty at the University of Connecticut, prior to coming to UNCP in 2009.

He has presented his research in 17 countries and has over 150 publications on neuroprotection pathways and neurodegenerative diseases. Bahr is widely respected among his colleagues in the neuroscience field across the state and nation.

Dr. Todd Cohen, associate professor at the Neuroscience Center at the University of North Carolina at Chapel Hill, has interacted extensively with Bahr, exchanging reagents and brainstorming ideas.

“I have been very impressed with Dr. Bahr’s research program to advance therapeutics for diseases caused by the protein including traumatic brain injuries. By improving the health of neurons, we may be able to improve synaptic function and restore cognition to those in the military that suffer from blast injuries, as well as other people that undergo single or multiple brain traumas since both conditions affect the tau protein that forms deposits in the brain. His team’s work should provide major new insight into these conditions and help guide therapeutic development in the coming years to treat these patients with effective new drugs,” Cohen said.

Dr. Ronny Bell, professor and chair of Department of Public Health at East Carolina University, said the new patent is exciting news for UNCP and for Bahr.

“Dr. Bahr is leading cutting-edge research in the field of cognitive decline and Alzheimer’s disease. Current projections indicate that the number of Americans diagnosed with Alzheimer’s Disease will triple by 2050, so there is a tremendous need to advance the science to better understand this condition and develop effective prevention strategies. I applaud Dr. Bahr and his team for their outstanding work,” Bell said.

Since joining UNCP in 2009, Bahr has received numerous prestigious accolades, including the 2013 Governor James E. Holshouser Award for Excellence in Public Service given by the UNC Board of Governors. He has also earned the Outstanding Mentor Award from the Council for Undergraduate Research, a testament to his passion for teaching the next generation of scientists and researchers.

Because of the contributions to his field, the UNC Board of Governors also presented Bahr with the 2017 O. Max Gardner Award, the highest honor a faculty member can receive from the UNC System.