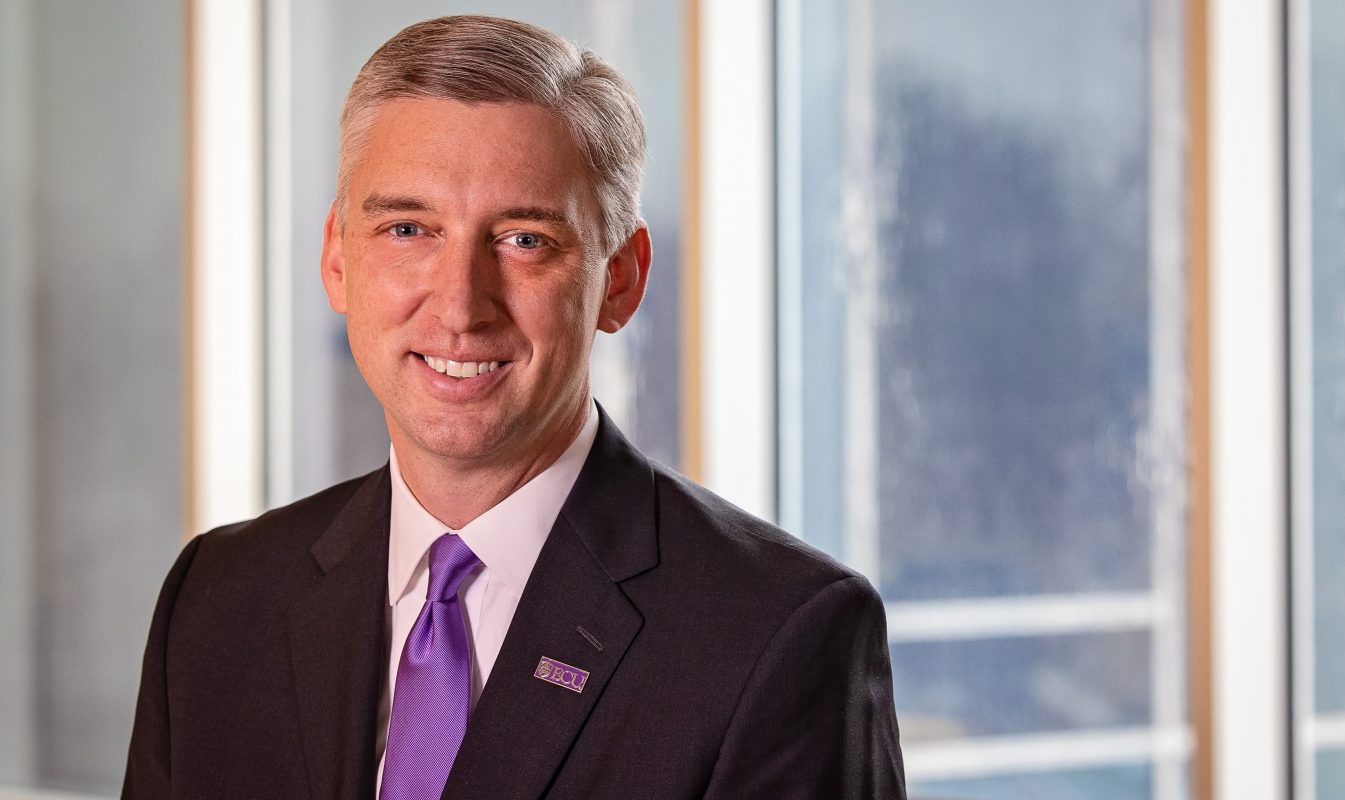 One of Greenville’s own, Dr. Philip G. Rogers, has been elected the 12th Chancellor of East Carolina University.

During today’s regular meeting of the UNC Board of Governors, UNC System President Peter Hans nominated Dr. Rogers for the post. The Board of Governors of the 17-institution University of North Carolina System elected him unanimously.

In nominating Rogers, President Hans said, “Dr. Rogers is a driven leader who brings energy and vitality to ECU. He has broad national higher education experience and deep local roots in Greenville. Philip is invested in ECU for the long haul and will bring steady, stable leadership. It’s my enormous pleasure to welcome Philip and his family home.”

Board of Governors Chair Randy Ramsey echoed Hans’ confidence in Rogers. “Dr. Rogers embodies the spirit of the Pirate Nation. He is homegrown and fiercely loyal to eastern North Carolina,” said Ramsey. “When he assumes his role at ECU’s helm, I’m confident Philip will lead the university and the region it serves to greater heights of innovation and success.”

Rogers will assume his new duties on March 15, succeeding Interim Chancellor Ron Mitchelson.  Dr. Mitchelson has served ECU as provost and senior vice chancellor for academic affairs since 2015 and as a professor since 1999. Mitchelson will retire at the end of June.

Raised in Greenville, Rogers has strong ties to the community and ECU. With several generations of ECU graduates in his family, including his wife, Dr. Rebekah Page Rogers, Rogers has a deeply personal appreciation for the institution’s impact on individuals and the region.

Rogers began his career in higher education in 2008, serving as chief of staff to Chancellor Steven Ballard at ECU. He earned a reputation as a trusted advisor to Chancellor Ballard and a tireless advocate for the campus and eastern North Carolina.

Dr. Rogers currently is the senior vice president for learning and engagement at the American Council on Education (ACE).  As the nation’s leading research, policy and advocacy organization for the nation’s colleges and universities, ACE represents more than 1,700 public and private higher education institutions. In his role at ACE, Rogers provides leadership for the council’s academic, research, innovation, global engagement, advancement, and strategic partnership initiatives. Rogers also is responsible for engagement with corporate, philanthropic, and other stakeholders. Previously, Rogers served as vice president and chief of staff at ACE.