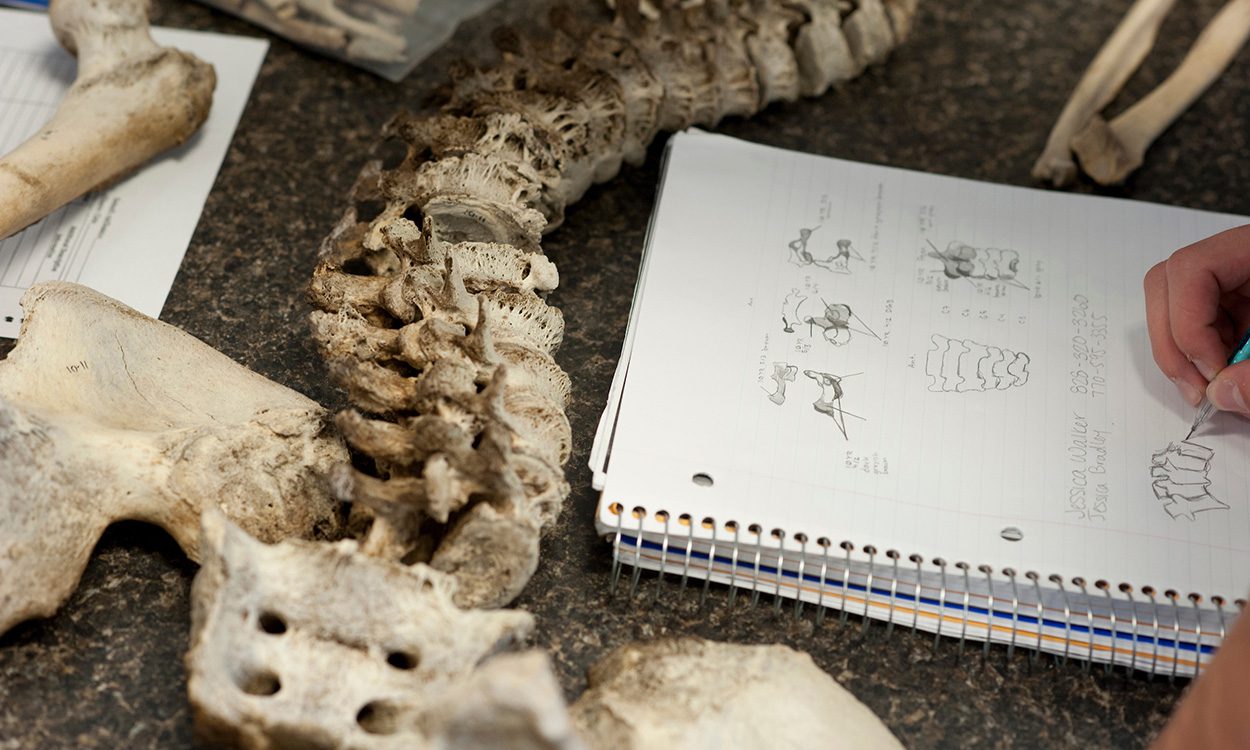 The Department of Forensic Anthropology at Western Carolina University recently hosted a two-day continuing education class created in cooperation with the U.S. Department of Justice’s Bureau of Alcohol, Tobacco, Firearms and Explosives and attended by 24 federal, state and local fire investigators.

The class was developed by Nicholas Passalacqua, coordinator of WCU’s forensic anthropology program, in response to a request from Darren A. Solomon, senior special agent and certified fire investigator with the Charlotte Field Division of the Bureau of Alcohol, Tobacco, Firearms and Explosives.

“The processing of human remains in a fire scene is one of the most complex investigations an investigator can conduct, yet little forensic training on methodology is available,” Solomon said. “I am unaware of any other training in the United States that delivers the material we received that weekend. These students were all seasoned investigators, and every attendee commented about the breadth of new information they would take home to share with their peers.”

Topics covered during the course included the human skeleton; human and nonhuman osteology; trauma, decomposition and taphonomy; anthropological approaches to the study of burned remains; a burned bone laboratory; and forensic archaeology and fire scenes. At the conclusion of the class, participants took a tour of WCU’s Forensic Osteology Research Station, a human decomposition study facility.

“We were contacted asking if it would be possible to organize a continuing education course dealing with fire investigations, largely focusing on how to identify bone and how bodies burn,” Passalacqua said. “These are topics commonly covered by forensic anthropologists, so it seemed like a straightforward enough course to try out. I must say, I was surprisingly pleased with how the course ended up running as a first try.”

An updated version of the course is in the works toward a goal of offering it next spring, he said. The program frequently gets requests for site visits to its facilities and training sessions about the utility of forensic anthropology and human decomposition facilities. In addition, the program’s forensic anthropologists often assist law enforcement agencies with investigations and casework.

For more information about the forensic anthropology program at WCU, call 828-227-2306. Read more from WCU.