ECU helps older adults plan for the road ahead 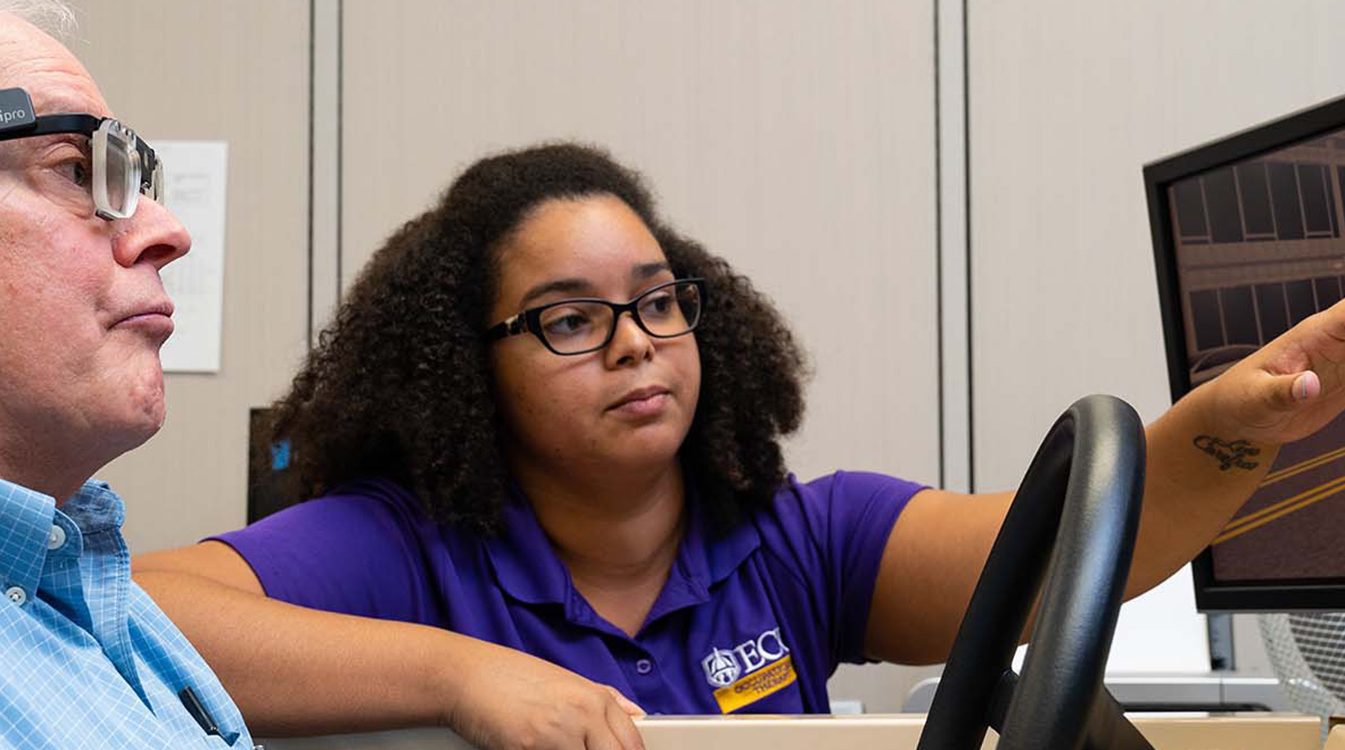 As baby boomers age, some are outliving their ability to drive. That’s why it’s important to have a transportation plan, and East Carolina University occupational therapists are helping older drivers plan for continued independence — with or without a driver’s license.

Dr. Anne Dickerson, professor of occupational therapy who has studied driving more than 25 years, believes vehicles mean much more to baby boomers than just transportation. The baby-boom generation, those born from 1946-1964, was the first to use motor vehicles for social networking — think Sunday drives, drive-in theaters and restaurants.

“When we got our licenses, the world immediately expanded. We grew up with the car — it was only in the 1950s that cars were affordable and available to more families in the U.S.,” said Dickerson, a baby boomer herself. “Today our children and grandchildren connect with the world through technology: the internet and their cellphones, which are almost a part of their bodies.”

Dr. Anne Dickerson is a leading researcher in older adult drivers and developed the Plan for the Road Ahead program at ECU. She recently received the 2020 Governor’s Award for Excellence in Public Service for developing a boot camp for young drivers with autism. (Photo by Rhett Butler)

While research shows drivers in their 60s have the lowest crash rates, fatalities increase with age, especially in drivers over 80. In a recent study by the Insurance Institute for Highway Safety, data showed that drivers in their 70s are now less likely to be involved in a fatal crash than drivers aged 35-54.

While that’s good news, it’s important to plan for the future, when changes in eyesight or other medical conditions can result in a recommendation to restrict or cease driving, Dickerson said.

“The literature has shown that quality of life and participation in life roles decrease when older adults stop driving,” said Dr. Lynne Murphy, ECU assistant professor of occupational therapy, who is leading a study with older drivers on transportation planning. “We are hoping to help them develop a plan to continue to participate in valued activities and roles by using other means of transportation. We are hopeful that we can reduce that decline for older adults.”