Cummings Named Chancellor of the University of North Carolina at Pembroke 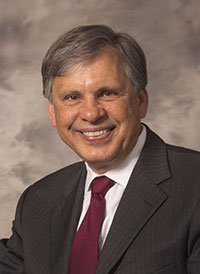 Robin Gary Cummings, M.D., Deputy Secretary for Health Services and State Medicaid Director for the NC Department of Health and Human Services, has been elected chancellor of the University of North Carolina at Pembroke by the Board of Governors of the 17-campus University of North Carolina.  Acting on behalf of UNC President Tom Ross, who is recovering from shoulder surgery, UNC Senior Vice President for Academic Affairs Junius Gonzales placed  Cummings’ name in nomination today (May 21) during a special meeting of the board in Chapel Hill.  Cummings, 59, will assume his new duties July 15, succeeding Chancellor Kyle Carter, who announced last fall that he would retire this June 30 after five years in the post. 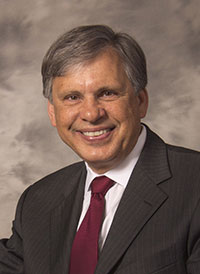 In recommending Cummings to the Board of Governors, Ross said in a prepared statement: “In a succession of challenging jobs in medicine and state government and through his volunteer service to the University and state, Robin Cummings has exhibited great imagination, energy, and leadership.  As a Pembroke native, member of the Lumbee tribe, and former chair of the UNC Pembroke Board of Trustees, he understands and appreciates the university’s rich history, and he is passionate about the larger role UNCP can play in the life of the region and its potential to change the future of so many North Carolinians. With his broad experience, his profound appreciation for the institution, and his demonstrated commitment to scholarship and public service, Robin Cummings will be a forceful and effective leader for UNCP. We are delighted to bring him back home.”

A native of Pembroke and a member of the Lumbee Tribe, Cummings is a board-certified general and cardiothoracic surgeon.  He earned his undergraduate degree in zoology (1978) from the University of North Carolina at Chapel Hill, where he was a James M. Johnston Scholar and founding member of the Carolina Indian Circle.  He then attended Duke University Medical School as a UNC Board of Governors Medical Scholar and Henry J. Kaiser Merit Scholar, earning the Sandoz Award for Basic Science Research and the National Library of Science Award. After receiving his medical degree in 1983, he interned in surgery and completed residencies in surgery and cardiac surgery at Duke University Medical Center (1983-91). During this period he also earned a National Research Service Award that enabled him to complete a two-year research fellowship (1985-87) in cardiothoracic surgery.

Cummings subsequently accepted an opportunity in 2009 to serve as medical director and executive director of Community Care of the Sandhills, a regional healthcare organization that case-managed 75,000 Medicaid patients across seven counties and coordinated services provided by more than 100 primary-care practices.

In early 2013, Cummings joined the NC Department of Health and Human Services as Director of the NC Office of Rural Health and Community Care.  Six months later, he was named Deputy Secretary for Health Services and Acting State Health Director.  Since March 2014, he has had additional responsibility for the Division of Medical Assistance, overseeing Medicaid delivery for more than 1.8 million low-income parents, children, seniors and people with disabilities who cannot afford health care.

Active in professional and civic activities, Cummings is a former chairman of the UNC Pembroke Board of Trustees (2011-13), has chaired the UNCP Foundation board (1998-2008), and has served on the UNC-Chapel Hill Board of Visitors.  The founding chair of the NC American Indian Health Board, he also has chaired the Commission on NC Indian Health and served on the NC Council on Developmental Disabilities and the NC Rural Center board.  He has been honored with the Presidential Award from the NC Academy of Family Physicians and the Visionary Award from NC Prevent Blindness.