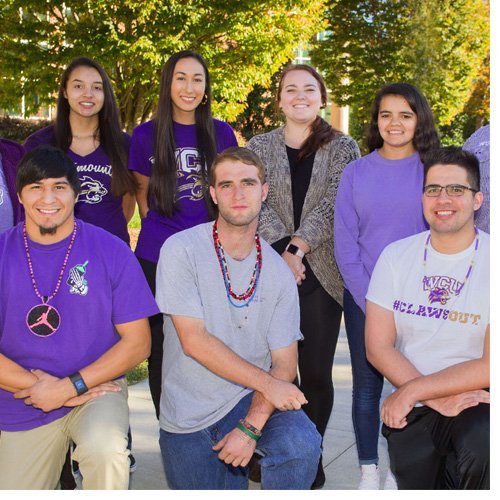 As Western Carolina University enrollment continues an upward trend, the Eastern Band of Cherokee Indians and the university are working to ensure those numbers include a significant portion of local Native American students.

That shared goal was formalized Tuesday, Oct. 10, with a stroke of a pen as Principal Chief Richard Sneed and Chancellor David O. Belcher signed a memorandum of understanding. That agreement establishes a baseline goal of having at least 50 Eastern Band students enrolled at WCU during any given semester, but university officials said they fully expect to exceed that goal considerably as time goes by. The memorandum also sets a goal of reinvigorating the Native American student organization on campus.

That is a good mission, considering the proximity between the university and the Qualla Boundary, said Driver Blythe, a WCU senior majoring in criminal justice and an enrolled member of the Eastern Band from the Birdtown township. “A lot of kids need a push to go further in their education, and with Western being a growing and successful university located about 30 minutes from Cherokee, it will help bring in more of our population as students,” Blythe said.