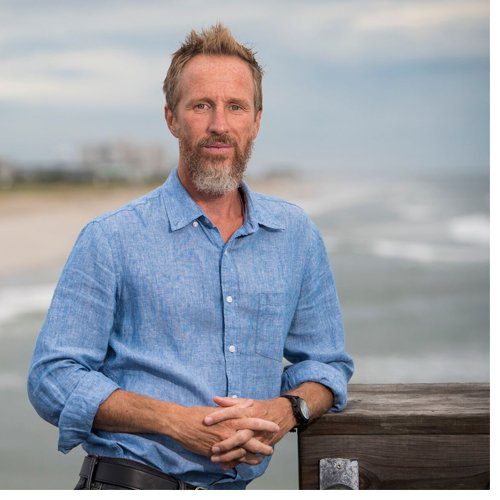 Dylan McNamara, associate professor and chair of the UNCW Department of Physics and Physical Oceanography, has been awarded a $1.5 million grant from the National Science Foundation to investigate ways public policies will affect both economic decisions and the coastal environment.

McNamara will lead an interdisciplinary team of researchers from seven universities — from geomorphologists to economists —to address the interactions of natural forces, economic decisions and public policies to determine how the environment and patterns of human settlement react to rising seas and related coastline changes. The NSF grant will fund the research for four years, and the project is already underway.

“Our team is excited to receive this grant as these resources will allow us to work together as a coherent multidisciplinary team, which is fundamentally necessary to understand the human-occupied coastline system,” said McNamara.

Researchers from UNCW, Duke, UNC-Chapel Hill, the University of Georgia, The Ohio State University, East Carolina University and the University of Colorado will create and investigate computer modeled coastal communities similar to those found along U.S. East and Gulf Coast barrier islands.