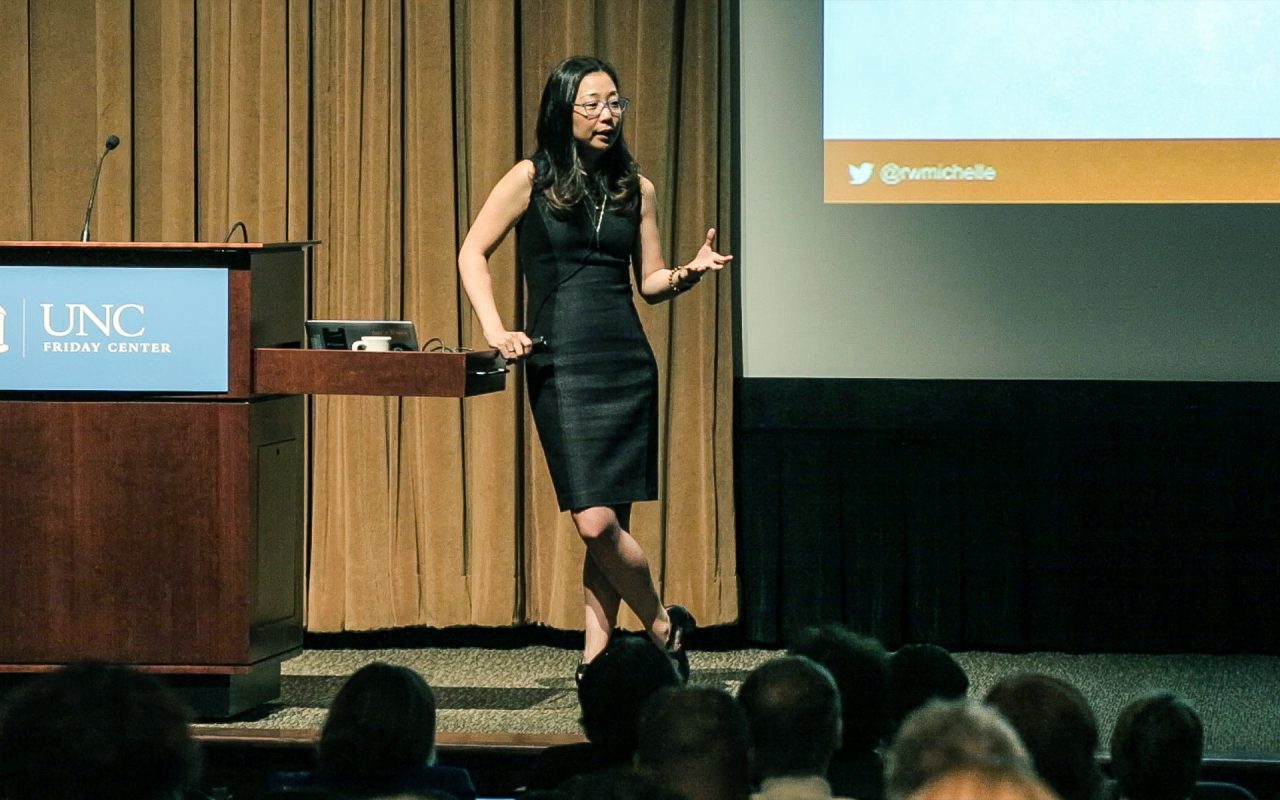 Participants at the 2017 University of North Carolina Competency-Based Education Summit were given small Rubik’s cubes that symbolized how much of a puzzle modern education can be: while it might be simple to complete one side, to solve the entire puzzle is much more difficult.

For the 300 participants at the summit, the sessions focused on how broad the challenges are to implement competency-based education, or CBE, into a collegiate system. CBE allows students who have professional experience to earn academic credit based on their competency in certain fields. For example, a nurse with years of experience in a hospital could earn an advanced degree based on skills in which he or she has already demonstrated proficiency.

Even though many educators think that CBE represents the future of education, universities face challenges in academic arena in trying to award credit to students for CBE courses. How is competency tested? How is it reflected on a transcript?

Beyond the classroom, universities face other challenges, such as how CBE students are enrolled, how they qualify for financial aid, and how to they obtain university services. In addition, universities must also work with accrediting agencies and the federal Department of Education to determine how CBE credit will work.

All of these topics, and others, such as new technologies, were discussed at the CBE Summit, held at the UNC Friday Center, and funded by a grant from the Bill and Melinda Gates Foundation.

“The summit was very valuable,” said Joel Lee, assistant vice chancellor of enrollment services at Winston-Salem State University. “We’ve got two CBE programs (bachelor’s of science in nursing and master’s of health care administration) coming in the fall and I still learned a lot. This was a really good chance to talk with other schools. We were able to compare notes with other two-year and four-year colleges.”

Throughout the day, one of the main themes in support of CBE is the changing face of education. Michelle Weise, executive director of the Sandbox Collaborative at Southern New Hampshire University, gave the morning’s keynote address and stated that 74 percent of college students display at least one characteristic of “non-traditional students.” Weise noted that in 2009, employers sought 178 skillsets from potential employees; that number rose to 924 skillsets in 2012, and universities are struggling to keep up with the demand.

CBE is one way to help students get credit for those skills necessary to get employment in the modern workforce.

“CBE is not some sort of fad,” said Weise, who has written about disruptive innovation theory and how CBE can do that for education. “It’s not going anywhere. There’s just too much common sense to CBE.”

Charla Long, the executive director of the Competency-Based Education Network, gave the lunchtime keynote address and observed that ultimately, CBE can increase access to higher education for students across the nation. Talking about the “iron triangle” of education – quality, affordability and accessibility – Long said many educators believe that using traditional methods, only two corners of the triangle can be achieved at any one time, with the third corner having to be sacrificed. But CBE is a way to achieve all three by increasing access and removing barriers to education.

UNC President Margaret Spellings supports the summit’s goals, noting that more people across the nation must be educated at far higher levels if the state is to thrive in the years ahead.

“Competency-Based Education holds great promise in helping achieve that vision,” she said. “By giving students a chance to earn credit based on mastery rather than class time, we can welcome more veterans and working adults, more distance-learners and non-traditional students. We can help students from all backgrounds earn a degree or a credential at a pace that fits their needs.”

Michelle Soler, director of competency-based education and assessment for UNC General Administration, said the summit exceeded her expectations because colleagues made connections while learning.

“We had both seasoned experts and people who had never heard of CBE who were able to get something out of the summit, so I think we did something right,” she said.