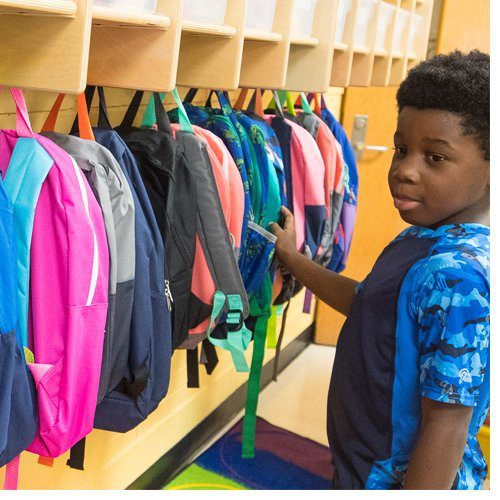 East Carolina University’s youngest students got their first look inside the ECU Lab School during open house on Aug. 24.

“I love it, everything,” exclaimed fourth-grader Breanna Daniels after seeing her new classroom.

The scene was repeated over and over — families touring the school, students entering their classrooms wide-eyed and grinning, and all leaving hopeful for the year to come.

“I think it is going to be something awesome for the kids,” said Erica Gray, Breanna’s mother. “It is not the traditional type of classroom that I was raised on. It is about taking a whole new learning style and seeing if it can work, so we shall see.”

The journey that brought Gray and 74 other families to open house began on Nov. 1, 2016, when UNC President Margaret Spellings announced that ECU was selected as one of eight universities across the state to open a laboratory school as a training site for future teachers and administrators.