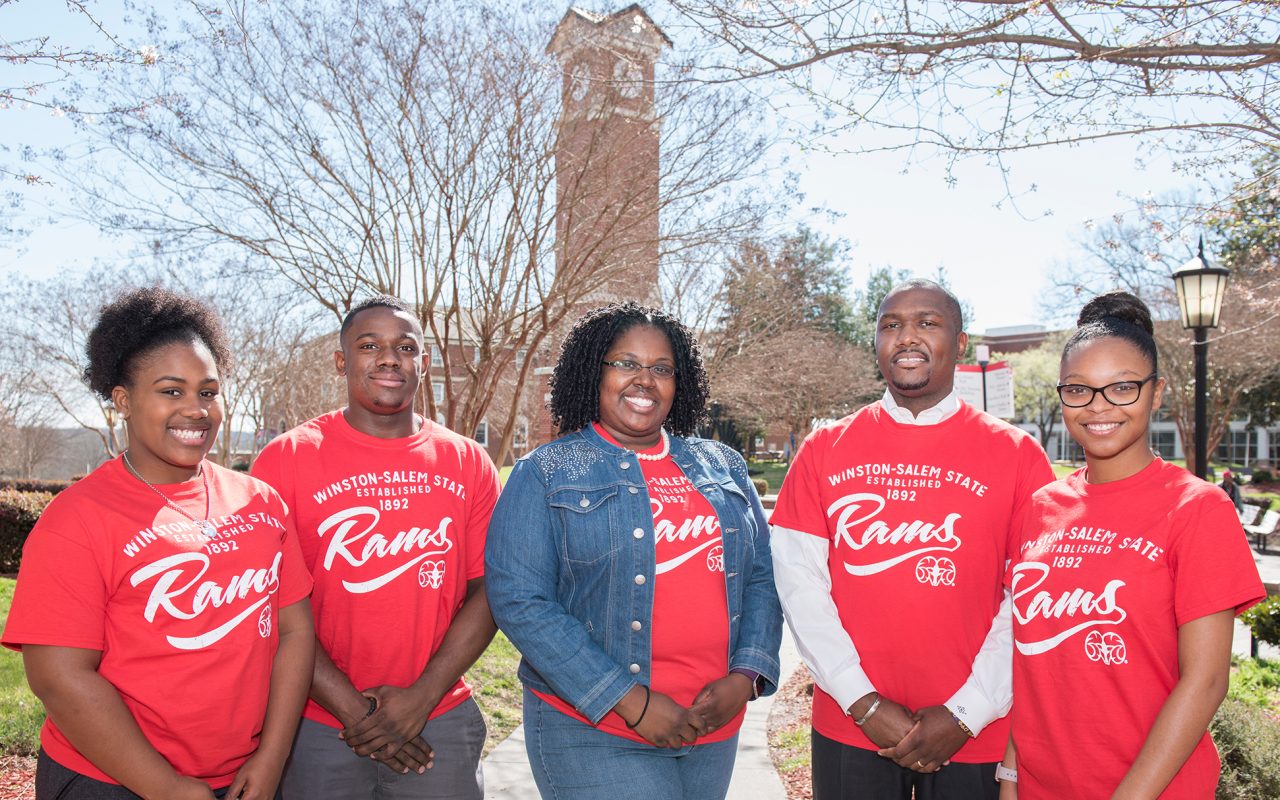 Asia Dukes knew she wanted to become a lawyer.

As a then-junior at Winston-Salem State University, the Charlotte native worked voluntarily as part of the legal advocacy group that helped free Kalvin Michael Smith from nearly two decades of incarceration after he was wrongly found guilty of a crime. But WSSU had no pre-law student organization to provide the first-generation student with guidance to help her get into law school.

“I serve as SGA Attorney General for the school,” said Dukes, now a senior majoring in justice studies. “I went to the legal affairs office on campus and I mentioned how there was no pre-law society. They took it from there.”

“We have been dealing with, for some time, students who are in need of counseling in one form or another,” Brown said. “A lot of students are intrigued by the idea of becoming attorneys. Venus and Tiffany decided that we may be the resource students need to provide guidance. It’s one thing to talk about, in the abstract, what it means to become an attorney, but there’s also preparation that needs to be done; some students may decide after that preparation that law school is not for them. We want to make sure the students are prepared for law school or whatever it is they decide to do.”

Brown and his team even bought everyone in the program LSAT preparation books and helped the students prepare for the exam by offering tutoring sessions.

WE LIT helps promote student success, a key platform in the University’s strategic plan approved by the UNC Board of Governors.  Because WSSU has no pre-law program, WE LIT gives students access to the tools they need to apply for law school after they earn their diplomas, which in turn can lead to students successfully applying to law school.

Currently, about 24 students participate in WE LIT. Brown said the program focuses on seniors at the moment, but will eventually expand to underclassmen as well.

In Dukes’ case, WE LIT helped pay off in a big way. Thanks to the preparation and activities through WE LIT, Dukes earned a full scholarship to law school at North Carolina Central University.

“I got two big benefits from WE LIT,” she said. “The preparation helped raise my LSAT score, and the networking events they held helped me get a full scholarship.”

While Dukes was set on going to law school once she graduated, other students use their time with WE LIT to learn about their options. Some students in the program are undecided about their future, but consider law school a possibility.

Ivey Brown said one of the benefits of WE LIT is to help students with their career choices. The program exposes students to the daily rigors of being an attorney as well as what it takes to make it to law school, and students are better informed as to what choices to make with their career.

“A lot of students were saying there weren’t a lot of resources about getting into law school,” added Boston, who also serves as co-chair of the North Carolina Bar Association’s Education Law section membership committee. “It was a major concern for them. One of the things we wanted to do with the WE LIT program is help students figure out their path.”

Tiqeese Brown, a senior from Shelby and no relation to Ivey Brown, is considering a legal career and preparing for the LSAT – if he doesn’t sign with professional football team. He played strong safety and linebacker at Winston-Salem State and is hopeful an NFL team will call his name during April’s draft or sign him as a free agent.

“I have a few different options,” he said, noting that the NFL might be a long shot. “I’m pursuing law school, but I may also enter the workforce. I’d really like to play football, but we’ll see how it goes.”

Tiqeese Brown said he got to shadow the attorneys to see what they do on a daily basis. When Boston needed to present to faculty and staff about FERPA regulations, for example, she asked Brown to assist in making the presentation to provide him a learning opportunity.

Some students in WE LIT work in the legal offices for class credit, but many others volunteer just for the learning experience. In addition to working with WSSU’s attorneys in their offices, the group holds monthly meetings. Usually, the meetings will have a special guest, such as a local attorney or judge, to whom the students can ask questions and get insight they might not have access to otherwise.

Dukes said students also will discuss at meetings what rights they have under the law and learn about police protocols.

Boston said she intends to take the WE LIT students to various area law schools, including NCCU and UNC-Chapel Hill, and let them sit in on law school classes so that they will have first-hand experience as to what they might encounter.

Even if the students don’t decide to become attorneys, WE LIT offers other bits of coaching, such as how to present themselves professionally, Turner said.

“Most of the students might not know the resources we have on campus for professional development,” she said. “We want to give them the opportunity to give them real-world experience to build their resumes, prepare for interviews, dress for an interview, or dress for the courtroom.”

When the WE LIT organizers aren’t offering legal or career counseling, they help students who may have trouble adjusting to college life.

“A lot of students are just looking for mentorship,” Boston said.