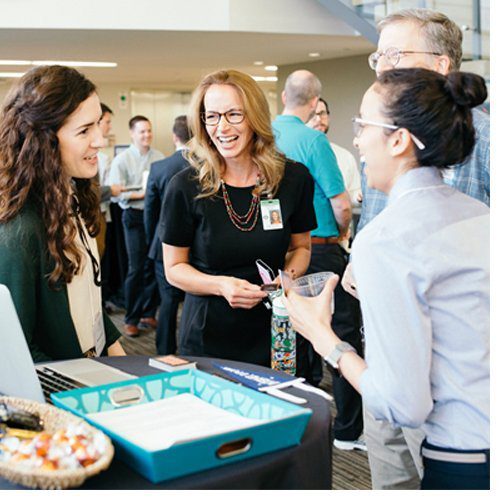 Graduates of the inaugural Coding Boot Camp certificate program recently had the chance to showcase their final projects and portfolios for potential employers at a special networking expo.

More than 40 employers were on hand to speak with the certificate program graduates as part of the career support offered by the University’s Continuing Education Office. In its “Best Big Cities for Jobs in 2016,” Forbes ranked Charlotte eighth in the nation based on trends, such as a 16 percent job growth since 2010. Employer demand for web developers is proved by the hundreds of jobs posted on key employment sites for Charlotte-based positions.