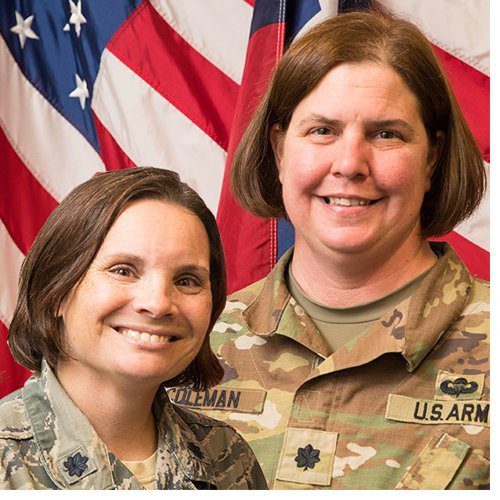 East Carolina University continues to strengthen its military programs, most recently with the addition of Lt. Col. Melissa Coleman, professor of military science, and Lt. Col. April Wimmer, professor of aerospace studies. This is their first year at ECU.

Having previously served the U.S. Army in Korea, Iraq and Afghanistan, Coleman was excited to come to ECU after hearing about the program while assigned to Fort Bragg. She had a few friends who were commissioned out of ECU so she knew university had a high-quality program.

“I did my own research on ECU ROTC cadets and they are top in the nation,” she said.  “We’re trying to be the best ROTC and we have the right staff and cadets to do it.”

The program is made up of students in different majors, from nursing and business to criminal justice and construction management. Coleman says she wants them all to be sound critical thinkers and be able to apply what they’ve learned in the program to both their Army jobs and civilian lives.