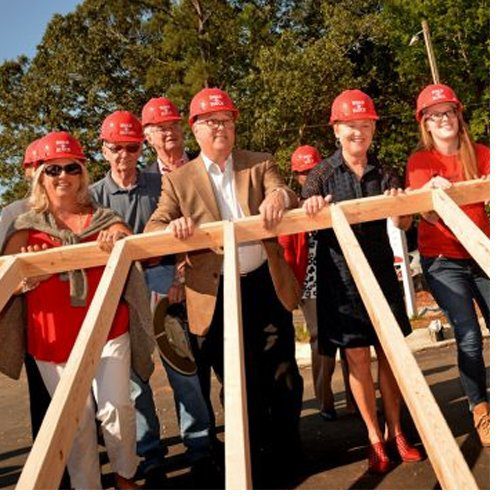 A scant nine months after groundbreaking, NC State’s historic Build-A-Block project is nearing completion and will soon hand over the keys to six more families in need of quality affordable housing.

More than 5,000 volunteers from NC State and other partners contributed some 20,000 work hours for Habitat for Humanity of Wake County’s Build-A-Block project off Lake Wheeler Road in Raleigh, raising more than $650,000 over the last two years and raising the roofs on 11 new townhomes since last summer’s groundbreaking.

The first five homes were dedicated in January, with families moving in shortly thereafter. The final six homes will be completed over the next two months, with the remaining families scheduled to move in by June.