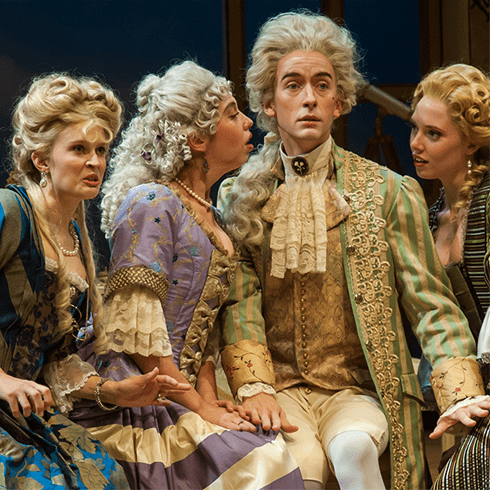 “Conservatory training as embodied at UNCSA presents a wide and complex curriculum, one that equips an actor with many different types of skills to be able to compete in the profession,” says School of Drama faculty member Bob Francesconi. Francesconi, who will retire at the end of the school year, has taught at UNCSA for 40 years. Though the campus has physically changed from when he first arrived, he says that the philosophy of the School of Drama remains consistent and rooted in the classical, comprehensive craft of acting.

Now more than ever, actors need to prepare themselves to become their best, Francesconi says. “We’re training people to be professionals in a business in which there is very little work in the traditional manner,” he says. UNCSA teaches entrepreneurial skills, such as encouraging students to create and own their own work. But ultimately, training comes back to learning the fundamentals of the actor training process.