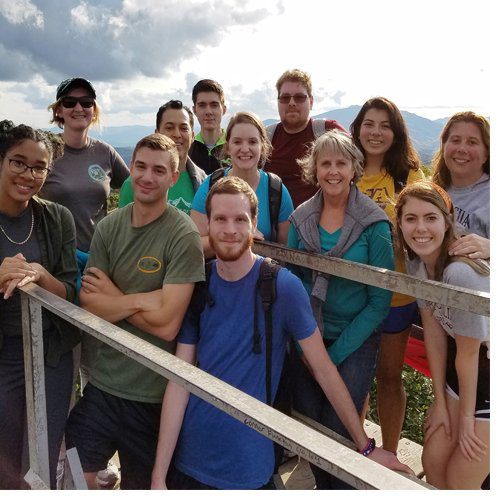 As director of the Office of Transfer Services at Appalachian State University, Jane Rex knows the frustrations, insecurities and obstacles that students coming into a large university can face. She knows because she once walked in their shoes.

Neither of her parents had attended college, and even though she was a good student, no one mentioned college as a possibility for her. A childhood friendship opened her eyes to the possibilities of college and professional work. Now, she tries to be that friend to Appalachian’s transfer community.

She’s as likely to help a potential transfer student navigate a confusing website over the phone as she is to join transfer students on a hike so that she can get to know them better.

“First-generation college students don’t know what their potential is,” she said. “The fun part is helping them see that.”

Rex worked with students at Caldwell Community College in various capacities for 23 years and came to Appalachian in 2010. She has a master’s degree in student development from Appalachian and a bachelor’s degree from Slippery Rock State College.