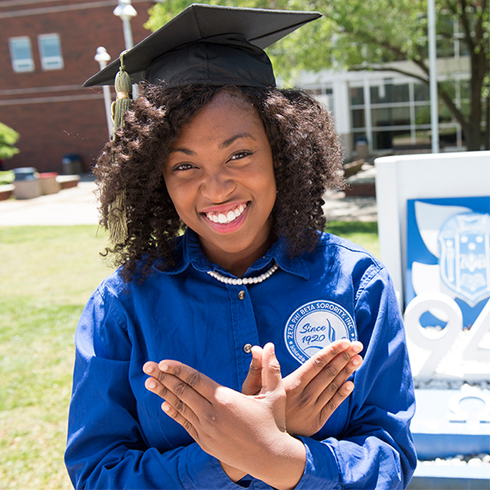 A recent Winston-Salem State University (WSSU) graduate is on her way to earning her doctor of physical therapy (DPT) degree thanks to a new program that aims to increase the diversity of two of WSSU’s signature graduate programs.

Alexis McCrea, who earned her Bachelor of Science in Exercise Science in May, began taking courses in WSSU’s DPT program in January. She became the first to take advantage of an Early Assurance Program (EAP) that guarantees admission into the DPT and Master of Science in Occupational Therapy programs for WSSU graduates who meet specific admissions requirements.

This fall marked another milestone with five WSSU May graduates entering the Master of Science in Occupational Therapy (OT) program through a similar assurance agreement.