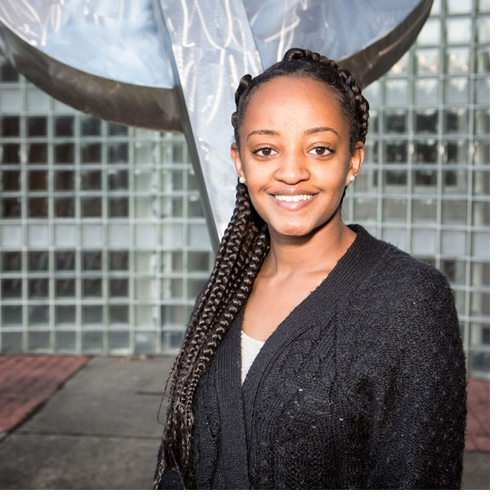 Having immigrated to America at age 10 under dire political and familial circumstances, the senior has excelled academically and as a student leader, especially as a 2017 Holland Fellow in the Walker College of Business (WCOB).

She received her U.S. citizenship in February. Bolstered by her newly earned American status, Yohannes will return to Ethiopia in December to visit extended family — and also give back some of the educational benefits she has received.

“My background continues to shape who I am,” said Yohannes, whose immediate family lives in Charlotte.

Her father came to the U.S. in 2003 on a United Nations political refugee visa, and it would be three years before he had enough money for Yohannes, her mother, sister and half brother to join him.