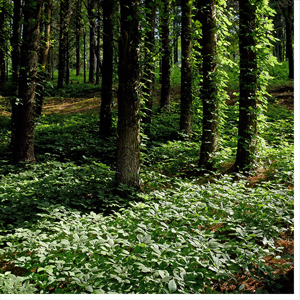 Earth’s plants and animals are disappearing, and quickly.

At least 680 species with backbones have already gone extinct, and up to 1 million species are at risk of extinction — many of them within decades — according to a report released by the U.N.’s Intergovernmental Science-Policy Platform on Biodiversity and Ecosystem Services.

The report, which is based on a review of 15,000 academic papers and government documents, warns that activities like farming, logging, poaching, fishing and mining are altering nature at a rate “unprecedented in human history.”

Over the past century, the average abundance of plant and animal life has fallen by 20% or more. And, the report says, unless nations undertake drastic conservation efforts, the rate of species extinction will only accelerate through 2050.

But what does this mean for our future? And can we stop it? These are just some of the questions we were left pondering after reading the report. So we spoke with some of our own experts to find out all there is to know about biodiversity.

Biodiversity, which is short for biological diversity, is a term used to describe the variety of life found on Earth and the relationships between living organisms, ranging from bacteria and viruses to plants and animals.

The concept of biodiversity is complex and therefore difficult to value sometimes, but the reality is that human societies wouldn’t exist without it.

In addition to providing humans with raw materials and functioning ecosystems, biodiversity creates recreational opportunities and cultural connections, says Chris Moorman, a professor in the Department of Forestry and Environmental Resources and coordinator for the Fisheries, Wildlife and Conservation Biology Program.

But despite its many benefits, the interconnectedness of organisms also means the decline of any single species can trigger unexpected losses in the wider ecosystem, according to Moorman. Without trees and other plants, for instance, there would be no oxygen for us to breathe. And without coral reefs and mangrove swamps, people living along the coast would lose invaluable protection from cyclones and tsunamis.

Moorman said the U.N. report is a stark reminder of humanity’s inherent connection to the natural world and the impacts we could face if we fail to protect what’s left of our planet.

“The conservation of species around the world is not only a moral obligation, but endeavors to do so will improve human health and quality of life over the long term,” he said.