R. Doyle Parrish, of Raleigh, NC, was appointed by the North Carolina General Assembly in 2013 and reappointed in 2017 to serve on the Board of Governors of the University of North Carolina System. His term will end in 2021.

Parrish serves as secretary of the Committee on Personnel and Tenure, and as vice chair on the Historically Minority-Serving Institutions Committee. He previously served as the chair of the Personnel and Tenure Committee, which instituted reviews of faculty tenure every five years, clarified the proper path to tenure, and undertook a performance-based study of chancellor compensation.

He is an accomplished business, civic, and community leader with a deep belief in the transformative power of public higher education. As a first-generation college graduate and entrepreneur, Parrish is an advocate and supporter of the UNC System, seeing it as a powerful driver of personal growth, financial progress, and state, regional, and local economic development.

During his Board tenure, Parrish helped develop the System's new methodical, data-driven Strategic Plan, with its core objective of maintaining excellence and diversity across our institutions.

He is the chief executive officer for Summit Hospitality Group, Ltd. He is responsible for a multi-million dollar property management system and has overseen the development and operation of hotels since 1985. In 1988, Parrish co-founded Summit Hospitality Group, Ltd., in Raleigh. Today, the company manages 19 franchised Marriott, Hilton, and Hyatt hotel brand properties, Charlotte's historic Dunhill Hotel, and three independent restaurants across the state. He also heads a corporate team, which brings decades of proven experience to all aspects of hotel development, operations, marketing, sales, planning, accounting, and administration.

In addition to his position as principal of a leading hotel management company, Parrish is active in industry and community affairs. He is the past chairman of the North Carolina Travel and Tourism Coalition, past chairman of the Greater Raleigh Convention and Visitors Bureau, and past president of Raleigh's North Carolina Theatre. Additionally, he has served on the board of directors for CapStone Bank, the Wake Forest University Babcock School of Management Board of Visitors, the Hospitality Alliance of North Carolina, the NC Restaurant and Lodging Association, the Centennial Authority, the Occoneechee Council of the Boy Scouts of America, and the National Board of the Boy Scouts of America.

As a member of the Boy Scouts' National Executive Committee, Parrish has worked to improve the management of four national High Adventure bases and more than 900 local council adventure camps. He is a supporter of the Boys & Girls Clubs, Raleigh's Frankie Lemmon School, The Caring House at Duke Cancer Institute, The Ronald McDonald House in Chapel Hill, and The Autism Society of America.

Parrish has a bachelor's degree from the University of North Carolina at Chapel Hill and an MBA from Wake Forest University.

He and his wife Nancy have three children.

"Follow your dreams and don't ever give up on them. You are your own limitations." 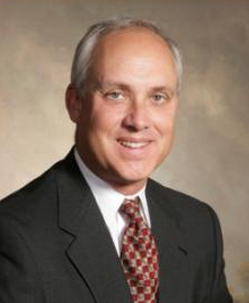